From the: South Philly Review

You can see the bulletin boards here!

Waiting for the right opportunity to try one of the hot new restaurants in the neighborhood? Maybe you’re looking for an excuse to go back to an old favorite. Either way, East Passyunk Restaurant Week is the perfect way to get out there and enjoy one of the best parts of living in EPX…the food!!

Between Sunday, February 24 and Saturday, March 2nd enjoy a 3-course prix fixe lunch and/or dinner at 21 award-winning restaurants for either $15, $25 or $35.

For a list of participating restaurants and menus visit:

Located at the northeast corner of 13th and Mifflin Streets, the Mifflin Substation was built in 1913. It houses large generators which served the electrical needs of the City Transit Division’s trolleys. The Substation still supplies back-up power for the Broad Street Subway. The building is built of brown brick with terra cotta accents and features four large, arched windows on the Mifflin Street side.

In 2008 students from the University of Pennsylvania’s Planning Program conducted a study of East Passyunk Avenue and the surrounding neighborhood. The students worked with community members from the East Passyunk Crossing Civic Association (EPX) to identify potential neighborhood improvements. Their report identified the Substation as a source of blight and noted that “…time and vandalism have taken their toll on the exterior. The terra cotta band near the base of the building has pieces missing. A number of window panes are cracked, and green metal screening that was installed to protect the glass is rusting and hanging haphazardly.” The students suggested that the building could be turned into an attraction through better lighting and some form of “window dressing” to mask the broken glass and rusted screening.

In the fall of 2010, EPX applied for and received a $10,000 grant from the Dept. of Community and Economic Development with the assistance of Senator Larry Farnese. With funding secured, EPX chose neighborhood artist Donna Backues to design the window screens. Titled “East Passyunk Passages – Crossing Through The Ages” the five vignettes depict scenes from the neighborhood’s past and present. The transportation-related function of the building is woven into the artwork, illustrating how people have moved to and through South Philadelphia through the ages. The panels were fabricated and installed by Urban Sign, and the Mural Arts Program provided valuable expertise to help realize the project.

Each window will represents a different century and the people who called the area home at that time.

Window One – Pre-history through 17th-century: Wiccaco
This window depicts the area’s first inhabitants – the Lenni-Lenape who fished and hunted nearby. One of the Lenape’s walking trails developed into what is now Passyunk Avenue.

Window Five – Current Day – East Passyunk Crossing
Buses have replaced trolleys, and new neighborhood names are crafted, but our area – where East Passyunk Avenue crosses the heart of South Philly – continues to welcome a mix of people from around the region and world.

VIEW PHOTOS FROM COMPLETED PHASE I

The fifth window on the building’s Mifflin Street side presents a problem. This window is part of a bay that projects out from the facade. This opening likely functioned as a doorway through which the equipment installed in the building were loaded.

The opening comes within a few feet of the sidewalk level so there are concerns about vandalism/graffiti.

The material used to produce artwork for this space will need to be durable.

EPX is currently evaluating options and raising funds to complete the next phase of this project.

DONATE TO THE MIFFLIN SUBSTATION PROJECT

A mosaic-covered decorative band is proposed to cover the broken and missing terra cotta at the base of the building’s Mifflin Street and 13th Street sides. This installation could weave together unique three-dimensional elements, such as tiles and other durable objects, representing aspects of the neighborhood’s diverse cultural past such as: 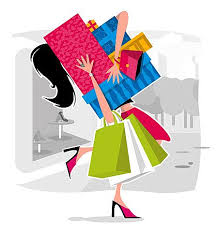 Super Sized Second Saturday
December 8, noon-10pm
The Avenue is taking Second Saturday up a notch for the holiday season with specials and events for all, including Our Holiday Second Saturday is the biggest of the year! In addition to great sales, free refreshments and special events at our retail shops, we will have lots of family-friendly events and entertainment throughout the day.

Passyunk Avenue Revitalization Corporation invites you to a tree lighting with carolers from Alphabet Academy, complimentary refreshments and, of course, Santa!